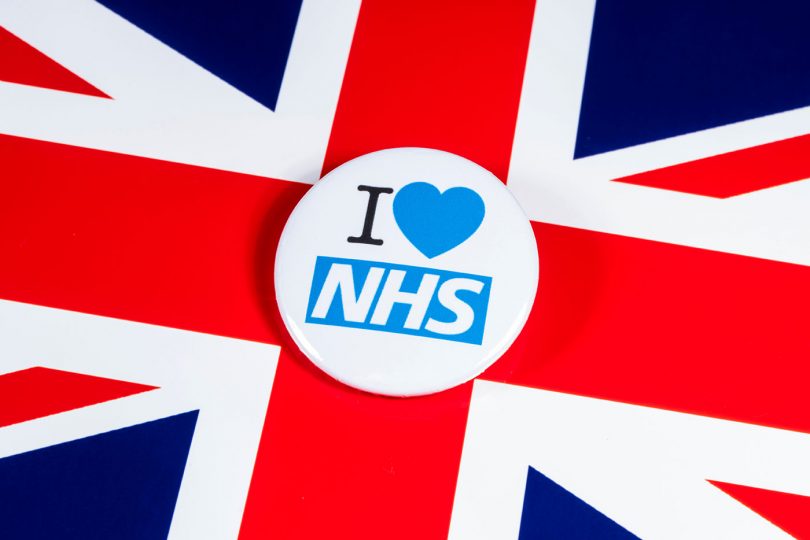 In beginning your preparation for medical school applications, it remains imperative that you stay up to date on key healthcare stories within the news. You don’t have to delve greatly into parliament budget plans or every guideline update, but you should know the key challenges the NHS currently faces – as well as new and upcoming advances in the methodology doctors are using to treat patients.

This page details a few key topics for the upcoming year, which are a good place to start in reading around the developments, ethics and politics of the medical field. A few questions which may very likely come up at interview include:

How can I keep up to date on NHS Hot Topics?

Every Thursday, we post a weekly update on key issues that have made medical news. This is a great place to begin to keep up to date with NHS topics you might be asked about in your medical school interview.

If a certain topic really interests you, make sure to read around it to fully understand your area of specialism. Try to discuss key medical issues with your friends and family, regardless of whether they’re aspiring medics. Doing so will help you further your understanding and could open you up to different viewpoints that you might not have considered before.

What is the Long Term plan?

Following the celebration of a now 70-year old NHS, NHS England have written a plan to ensure our healthcare system remains sustainable for at least another decade. For a long time now, there has been growing concern over funding, staffing and the pressures placed on the system with an ever-growing and ageing population.

So what makes this plan any different? Well, with over 200 events and 85,000 members of the public involved in the building of the plan, the organisation is optimistic that enough attention will be made to enable resources to get right out to the frontline.

The NHS Five Year Forward View, developed in 2014, is already making a positive impact on our society’s healthcare standards. More focus has been placed on prevention over cure, and greater access to services such as out of hours appointments with GPs and urgent care centres.

CCGs (Clinical Commissioning Groups) were a main figure of the Five Year Plan. These groups are GP led and allow doctors to contribute opinion on how funds from the government are divided. With GPs at the centre of primary care, they perhaps have a better understanding more than any specialty of what facilities local communities most require. Success from the Five Year Forward view is enabling the vision of those creating the Long term plan to now appear more realistic; this is desirable if our country is to maintain our NHS.

Goals of the Long Term Plan

If you’re keen to read through the plan yourself, you can access it here. Otherwise here are a few objectives, in short, which will be useful to know should you be asked at interview.

Screening as the Most Powerful Prevention: High Street Heart Checks

As a part of the NHS Long Term Plan, the primary care sector – specifically general practices and pharmacies, are offering rapid detection for one of the all-time top causes of mortality: Heart disease.

With a key component in the plan prioritising prevention of illness and disease, this screening is hoped to prevent thousands of cases of cardiac disease over the next decade. This is a continuation of the Five year forward view contract, whereby early detection will identify patients who are high-risk for conditions exacerbated by cases such as high blood pressure or Diabetes.

GPs will use risk-stratifying tools to further examine those with high cholesterol, Atrial Fibrillation and family history of cardiovascular disease. CVS affects 6 million people a year, accounting for a quarter of deaths in England. This poses huge financial strain on our health system, costing the NHS £7 billion a year.

A £9 million pilot in Lambeth and Southwark was set up to identify heart conditions before they presented in a 1,400 patient pool over a 12-month period. The group were not receiving any type of anticoagulant prior to screening but post checks, 1,300 of these patients were started on anti-coagulation plans. A dramatic figure of 93% being started on medication acts as a gateway for other clinics to encourage screening with the results to back up much of the counter arguments.

What does early screening do for the NHS?

Screening is already heavily utilised in breast cancer, pregnancy and diabetes. Prevention of disease in all specialities is a result of the Long Term Plan so focus on this aspect of the government’s vision for the NHS.

Are patients addicted to prescriptions?

Patients are becoming increasingly dependent on prescribed medication, namely antidepressants, sleeping tablets and strong analgesics (painkillers). Benzodiazepines – mostly prescribed for anxiety, and opioids for chronic non-cancer pain are also major groups of medication which have been called in for review. In 2017, it was recognised that these groups required analysis of their distribution and queried patient dependence.

Why are prescriptions increasing?

Despite some patients definitely requiring that long-term use of medication for clinical benefit and even their own safety, there are certain groups where use is inappropriate. Either the drugs have stopped working effectively or even the risks are outweighing the benefits.

The need therefore for these alternative options is imperative. Although services have been made available such as therapy, exercise classes and other recreational activities, communities require more education and awareness of these options for proper implementation.

Over prescribing of drugs has been a colossal problem in the United States. Despite sharp increases in the prescription of opioid painkillers, there do not seem to be attempts to tackle their misuse. Public Health England reviews demonstrate that despite the UK not being on such a level, other countries within Europe certainly have lower opioid prescription rates. To read more about prescription drug issues, particularly with withdrawal, see this article.

An end to Malaria?

Often in medical school interviews, you can be asked to talk about an interesting health-related story you have seen in the news. Malaria affects more than 200 million a year with the disease targeting mostly young children. Scientists now state it could be wiped out within a generation.

How can Malaria be eradicated?

Using a laboratory technique called ‘gene editing’, scientists at Imperial College London altered the gene segment determining the gender of the mosquito. By blocking reproduction of female mosquitoes, expansion of insect colonies could be cut – a hopeful target for the Malaria bug. For progression in research methods such as these, larger insect populations are required and therefore larger lab-based studies.

How much will it cost?

The wipe-out of Malaria does not come without additional cost; an extra £1.6 billion to the already required £4.3 billion is needed on an annual basis for the use of current technologies and research to be able to continue effectively. At the interview, consider the pros and counterarguments for allocating such great funding towards this process.

An Africa free of Malaria was once seen as unachievable but with progressions in technology and the necessary funding assigned to the projects, it becomes possible.