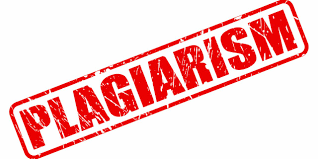 Plagiarism refers to using and presenting another person’s ideas / words without properly referencing the source to indicate where the information is originally from. This applies to both quotations and paraphrasing (putting the ideas / information of others in your own words). Did you know that plagiarism could also include using work from an assignment submitted previously and working with another student when the work is meant to be individual?If you include in your work any material which is not your own original work or ideas, you must clearly cite the source of such material in the manner required by your department. There are many different systems of citation, so check which one you are supposed to use and make sure that you understand it.If the University finds that you have committed an academic offence, the penalties range from failing the assignment and needing to repeat it, to being dismissed from the course.There can be innocent reasons why your work may appear similar to someone else’s.“TurnItIn” isn’t conclusive proof, but it will be enough for the University to call you in for an interview, so that they can decide if you’ve copied others’ work or not.

If you’re finding the course difficult, or personal problems have left you too little time to do your work, contact your personal tutor. The University has a range of options to help you to manage your studies.Why not find out about Study Skills workshops on the University Portal?You can get support to help you write better-quality essays that showcase your ability and maximize your chances of passing first time.

If you’re struggling to complete work on time due to personal reasons or illness,

Academic offences include plagiarism, cheating, collusion, copying work, acquiring work and reuse of your own work, among others.

Plagiarism can be defined as the significant use of other people’s work and the submission of it as though it were one’s own in assessed coursework (such as dissertations, essays, experiments etc).

Collusion is the deliberate attempt to gain advantage by presenting work that is not solely your own as if it were, where the source of the unreferenced work is that of another student who has connived to deceive. Being party to collusion in providing material for another student is just as much an academic offence as using such material.

Re-use of own work

The re-use of own work without reference to said work is an academic offence. If you do re-use your own work you must reference it.Acquiring and submitting work not written by the student.It is an academic offence for a student to acquire (or attempt to acquire) and then subsequently submit work that they have not written or produced themselves.This includes, but is not limited to, work that is purchased from third parties and/or online sources and work that has been substantially amended and/or improved by a third party.

If you are suspected of committing an academic offence you will be called to a meeting with an Academic Practice Officer (APO). APOs are based within in each faculty and it is their role to advice on how to prevent bad academic practice and academic offences and to deal with serious cases.You have the right to be accompanied by a member of the University Students’ Union, university staff or your family but not normally a solicitor or barrister acting in a professional capacity. If you prefer, you can make a written statement instead of attending the meeting.At the meeting, the APO will discuss the alleged offence with you. The APO may also suggest further training or remedial work. If the APO considers you guilty, they will impose an appropriate penalty.If your offence is a second offence or is otherwise deemed serious it will be referred to a panel.

Penalties that can be imposed by APOs include:

Second instances of offences will be referred to the Academic Offences Panel.  The panel is chaired by a senior member of academic staff and consists of an independent member of the Academic Board or Research Degrees Committee, the President of the students’ union (or nominee) and a nominee from Student & Academic Services.

You will be given at least 14 days written notice of the hearing, which will take place whether you attend or not. You have the right to appear and make your case and to be accompanied by a representative who may speak on your behalf.

The representative may be a member of the Students’ Union, or your family but may not normally be a solicitor or barrister acting in a professional capacity. The APO will appear and make the case against you.

The panel will decide whether, on the balance of probabilities, the offence occurred or not. If the panel does decide that an offence occurred, one of the following penalties may be imposed, depending on the seriousness of the offence and the panel’s views on your evidence in mitigation:

You have the right to appeal against a panel decision on the following grounds only: